“I realized very slowly over a period of time that the activity of framing a performance and the intentions that accumulate around that activity produce a certain anxious kind of mode, and I became bothered by the flurry of activity and how it tends to mask so many things.”

This issue of F.R.David came about after Will Holder was asked to propose ten books for acquisition by the Rietveld Academy library in Amsterdam), and give a talk about that selection. Preferring, as he puts it in the introduction, “to reproduce original material over com­mentary (or commentary as materiality), and allowing others to speak,” Will prepared a reading, that provided the backbone for this new issue of F.R.David. Associated material came up in the process of transcription—including a text by Danny Hayward, commenting on the work of Verity Spott.

F.R.David is a typographical journal, edited by Will Holder, dealing with the organisation of reading and writing in contemporary art practises. “Flurry” is the 15th issue (a best-of, of sorts). 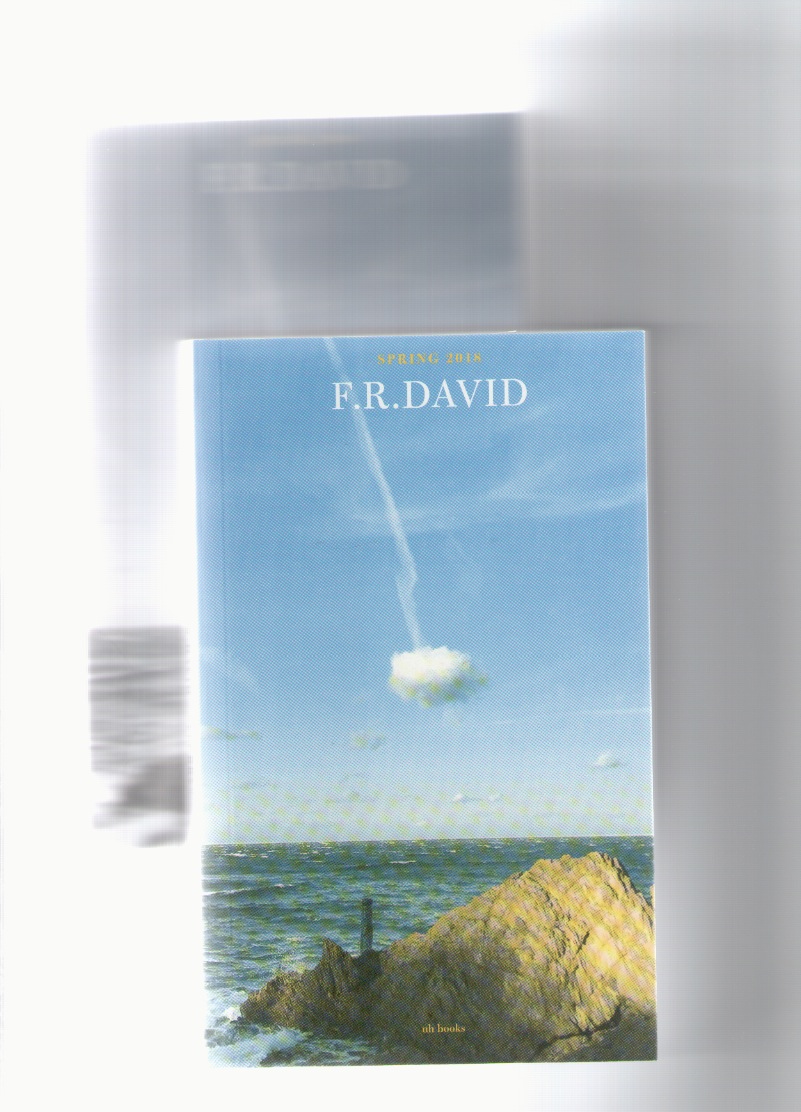