CAMNITZER, Luis
e-flux journal – One Number Is Worth One Word

For nearly sixty years, Luis Camnitzer has been obsessing about the same things. As an art student in Uruguay in 1960, he was part of a collective of artists, students, and educators who reformed the School of Fine Arts in Montevideo. Today, he is still an “ethical anarchist” preoccupied with the role of education in redistributing power in society. With mischievous wit and wisdom, Camnitzer’s writings summons an inherent utopianism in egalitarian, participatory models of art education to identify how meaning is made. This collection of texts—with many unpublished—spans over half a century of the conceptual artist's radical engagement with art education and its institutions.

One Number Is Worth One Word spans over half a century of the artist’s radical engagement with art education and its institutions, from his student days in Uruguay and move to New York in 1964 to his current work and writings, with many texts published for the first time. This is a singularly authoritative, antiauthoritarian gathering of a life’s work in art, education, and activism. [publisher’s note] 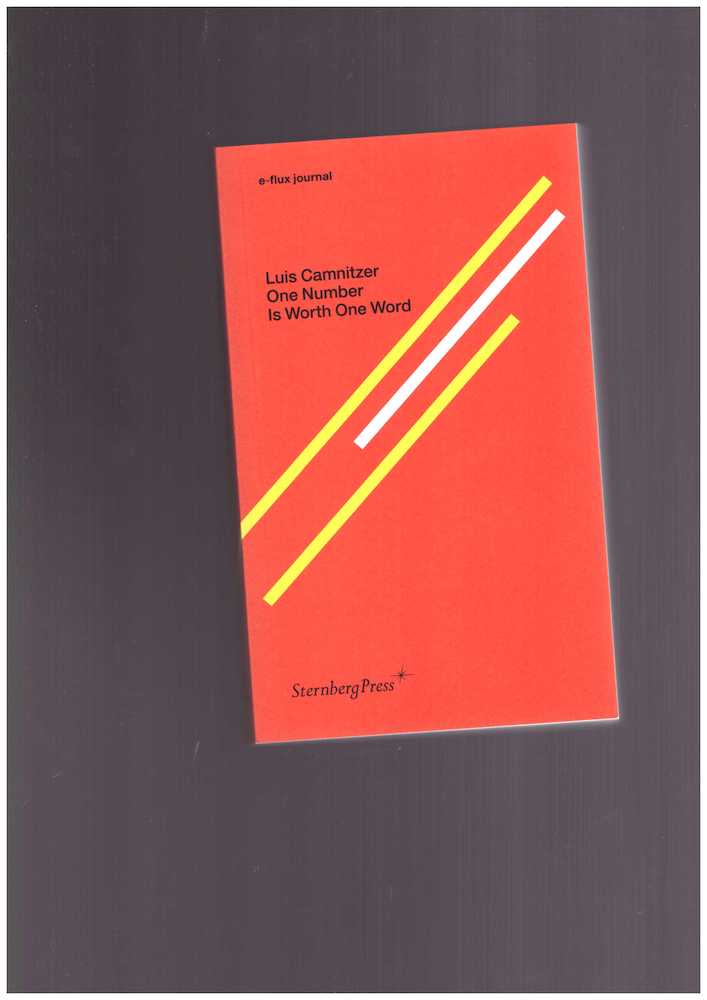