The eighth issue of Danarti is dedicated to the Tbilisi first architectural biennial Buildings are not enough and responds to its main topic - informal architecture. The Issue gathers works by researchers which respond to the political, economic and cultural context which can be considered as the basis of the so called Architectural Practice, implemented and run by Tbilisi citizens.

Today, Tbilisi Informal Architecture has shaped the city's core character. Most of the city's micro-districts of the late Soviet era contain extensions, garages and storages of different size, form and function. The reason to such phenomena is embedded in the yet unsatisfied needs of the Tbilisi citizens.

Tbilisi Informal Architecture is indeed the hyperlink , which using its unique language tells a story about the city’s recent hostorical experience and perfectly describes the reality, which we share as the citizens of Tbilisi and in which we coexist. [publisher's note] 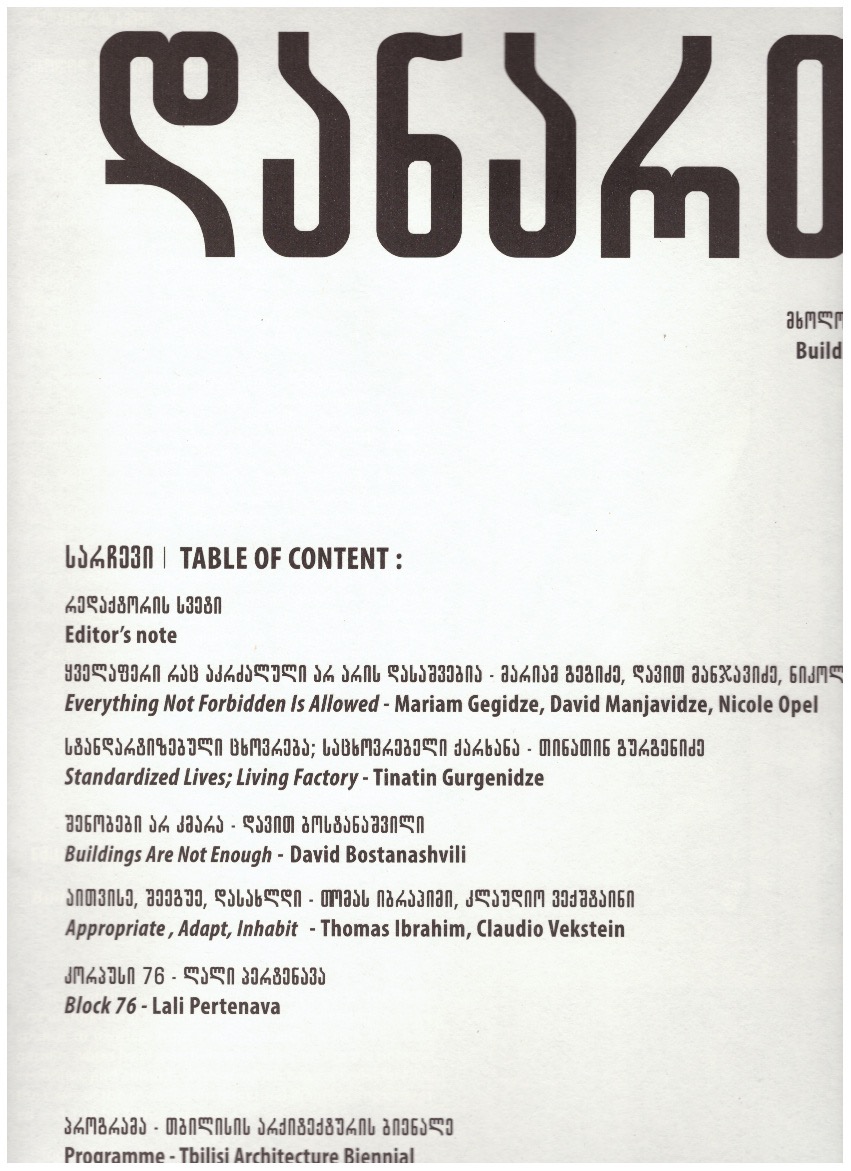