The “economization of art” began to take shape in the wake of the crisis of capital in 2009. The shifts that occurred in the art field during this time were accompanied by explicit critique and academic analysis that aimed to make the genesis of these transformations comprehensible. In this book, first delivered as a lecture at Kunsthalle Bern in April 2016, Diedrich Diederichsen follows Marx’s labor theory of value and counters the symbolic economies dominating the art field, as well as economic exceptionalism or calculation, with systems of recording and reading out. Expanded to include the sphere of individual aesthetic experience, these systems are not formulated as solipsism, or in terms of purposefulness, but as a means to compare relations within the productivity of open and incalculable connectivity, relations that allow aesthetic experience to be read out as the liquefied labor and lifetime of concrete others. [publisher's note] 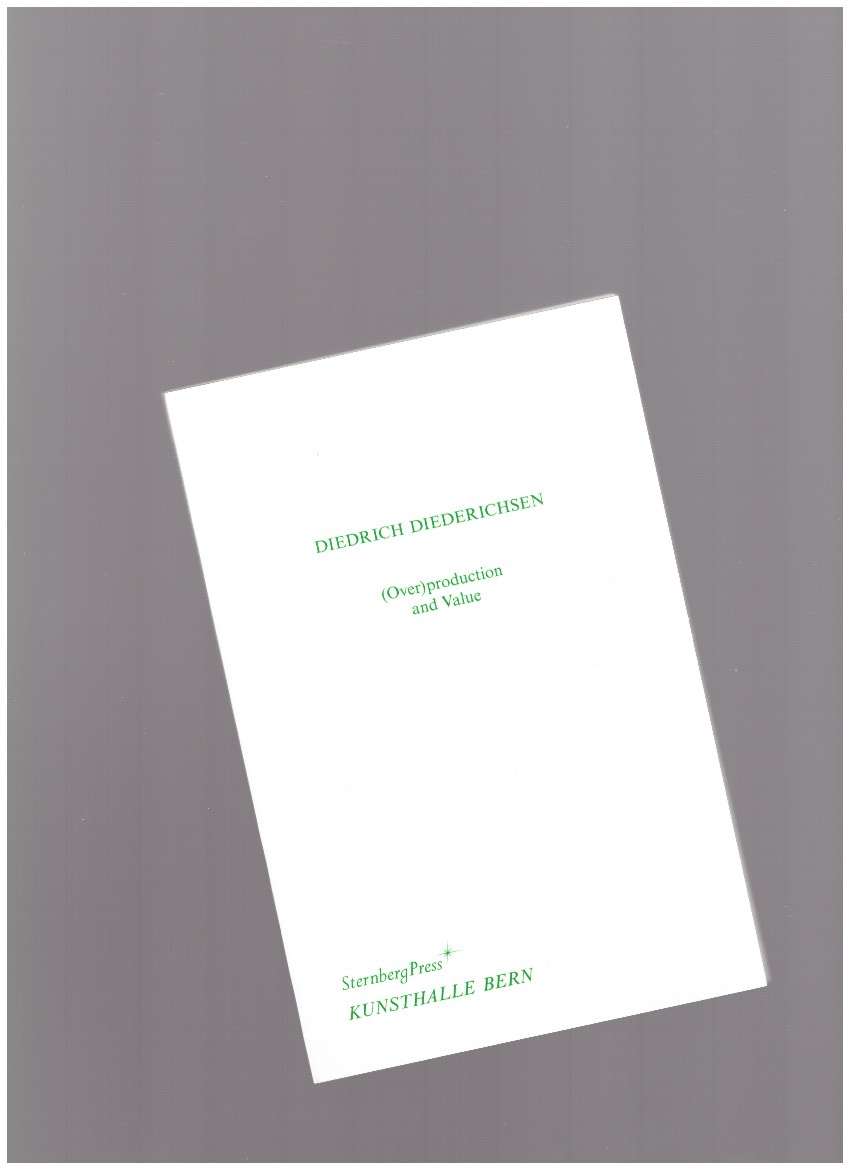